Exchange in Diak – Annika Weis: “I don’t think I’ve ever spent so much time outside” 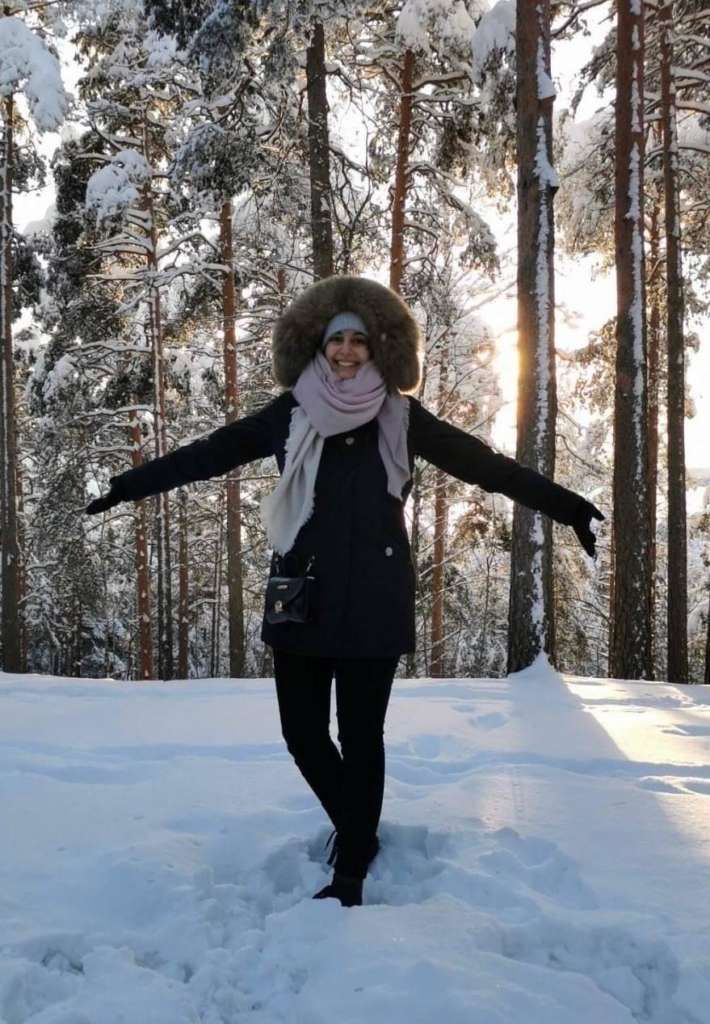 The 3IN Alliance offers exchanges for students. Find out what Annika's exchange experience was like in Diak, Finland.

Annika Weis, 24, did her exchange in Diak, Finland in the spring of 2020.
Now she is doing her master’s in social work studies in FHWS, Germany.

– I chose Finland as an exchange destination because I have always been interested in Nordic countries. I wanted to be by the sea, which was also a reason I wanted to study in Helsinki, says Annika.

Annika enjoyed the diversity of Diak and the possibility to get to know other students. The studies gave her a point of view from another country.

– One of the best things in Diak was the possibility to have conversations with the lecturers. We had long sessions, so we had time to discuss the issues well, but we also had time to study independently, says Annika.

One of the best things in Diak was the possibility to have conversations with the lecturers.

– In Diak, the focus is also on the work possibilities, which I think is good. Even though I don’t plan on working in Finland, understanding a different context is valuable. Getting to know how the social services system functions in Finland in practice was interesting, Annika explains.

Annika wanted to deepen her knowledge, especially in the topics of mental health and addictions. The studies in Diak were interesting for her since they were diverse and had lots of guest lectures.

– I wish to become a psychotherapist in the future, and I’m starting my studies for that this autumn. The courses in Diak complimented the experience I already had, she says.

Studying abroad is something Annika suggests for everyone. Although virtual courses are a great option to practice different languages, for example, there is something unique in doing an exchange in a new country.

– The Nordics might not be the first option for a holiday, but I loved living there for a longer time. The thing that surprised me the most was the snow, Annika says.

Although the pandemic affected her experience, she enjoyed herself. Annika spent a lot of time with the other exchange students.

– Getting to know Finnish culture was so fun. I fell in love with Finnish nature: I don’t think I’ve ever spent so much time outside, she laughs.